Welcome to the Fry Fire District Board page. The fire district is governed by an elected five-person board. Citizens that reside within the fire district boundary are eligible to run for the board if they own property and have a valid voter’s card. Elections are held every two-years, with board members serving a four-year term.  Board members are not compensated.

If you are interested in serving as a board member, please call the administration office at 520-378-3276. If you have any feedback about our Emergency Operations please contact the Fire Chief at 520-378-3276 ext. 13. 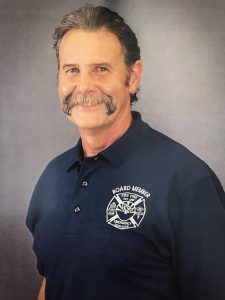 Mr. Joseph Huish, Chairman of the Board

Mr. Huish is retired from Southwest Gas Corporation, where he worked as a Regional Manager.  Mr. Huish was responsible for the natural gas utility service over a large area of Nevada and Arizona.  Email address for Mr. Huish: jhuish@fryfiredistrict.com

Mr. Eric Andersen, Clerk of the Board

Mr. Andersen has lived in the Fry Fire District since 2011.  He graduated from Washington State University with degrees in Forest Management and Range Management and obtained his MBA from the City University of Seattle.  He retired as the Deputy Chief, Environmental Programs Division, Army National Guard after 35 years with the Department of the Army as an Infantry Officer and Army Civilian; having served in SE Asia, Korea, Ft. Lewis, WA, and at the National Guard Bureau, Arlington, VA.  He recently completed three years serving with The Nature Conservancy as the Southeastern Arizona Preserves Manager and was instrumental in supporting the Ramsey Canyon Firewise Program. 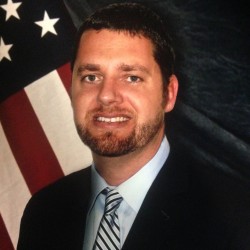 Mr. McMurtrie is a local native who graduated from Tombstone High School. He served 8-years in the Air Force and then went on to become a government contractor in the field of biometric engineering while serving tours in Iraq and Afghanistan. In 2013 Mr. McMurtrie transition to the Department of Army as a civilian on Fort Huachuca as the Doctrine and Policy Chief for TRADOC. He holds a Bachelor of Science in Technical Management from Embry Riddle Aeronautical University and is completing his Master of Business Administration from Wayland Baptist University. Mr. McMurtrie has been on the board since December 2014. Email address for Mr. McMurtrie:  rmcmurtrie@fryfiredistrict.com

Mr. Tucker is currently serving as the Fire Chief for the Tucson Airport Authority Fire Department where he is responsible for the safety of over 3 million travelers each year.  In addition to his aircraft crash rescue experience, he previously worked with the US Forest Service as a wildland firefighter and heli-tack crewmember.  Email address for Mr. Tucker: ttucker@fryfiredistrict.com