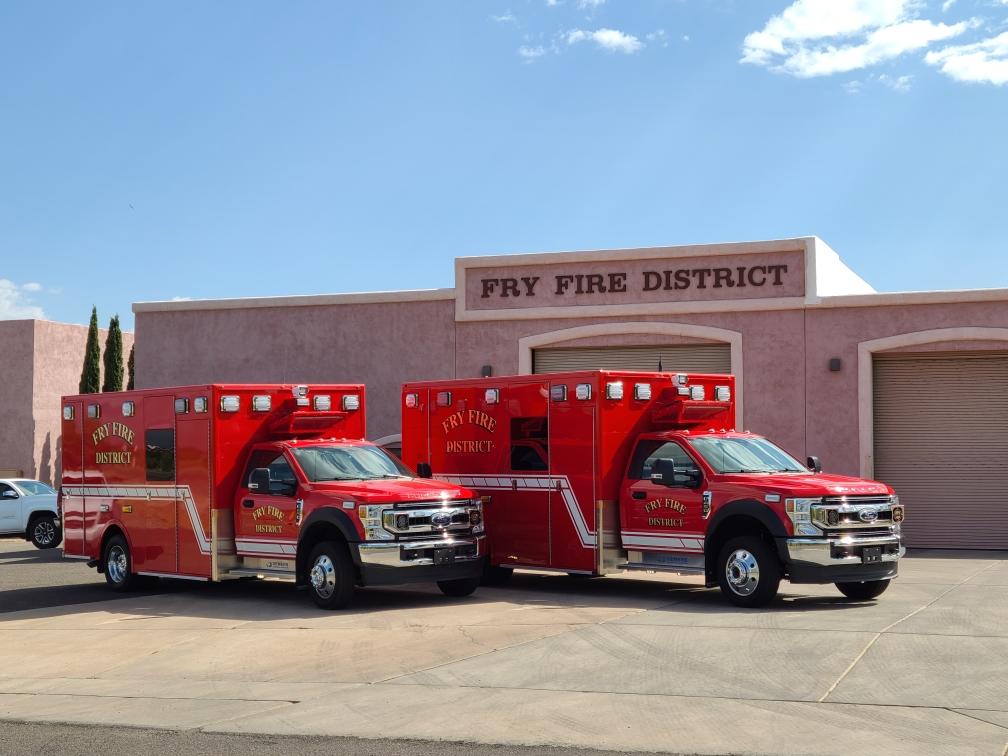 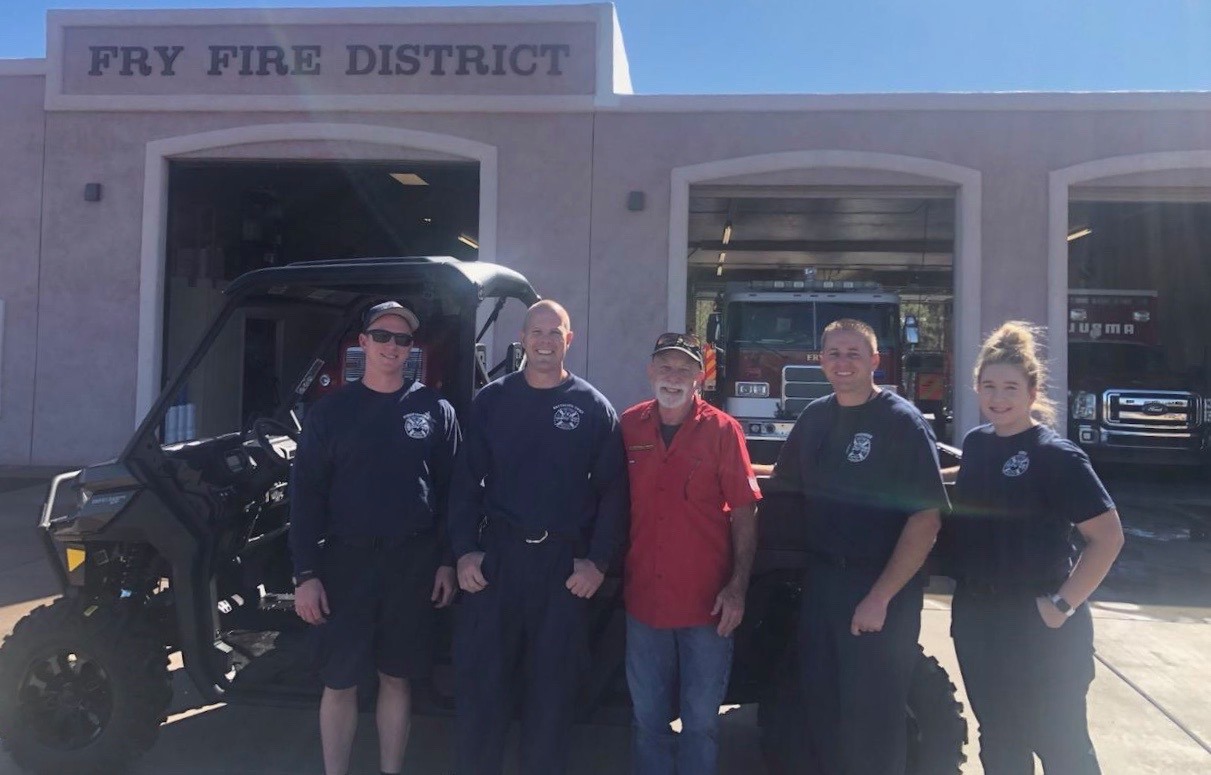 2020 Can-Am Defender for mountain rescues and access to patients in difficult terrain. 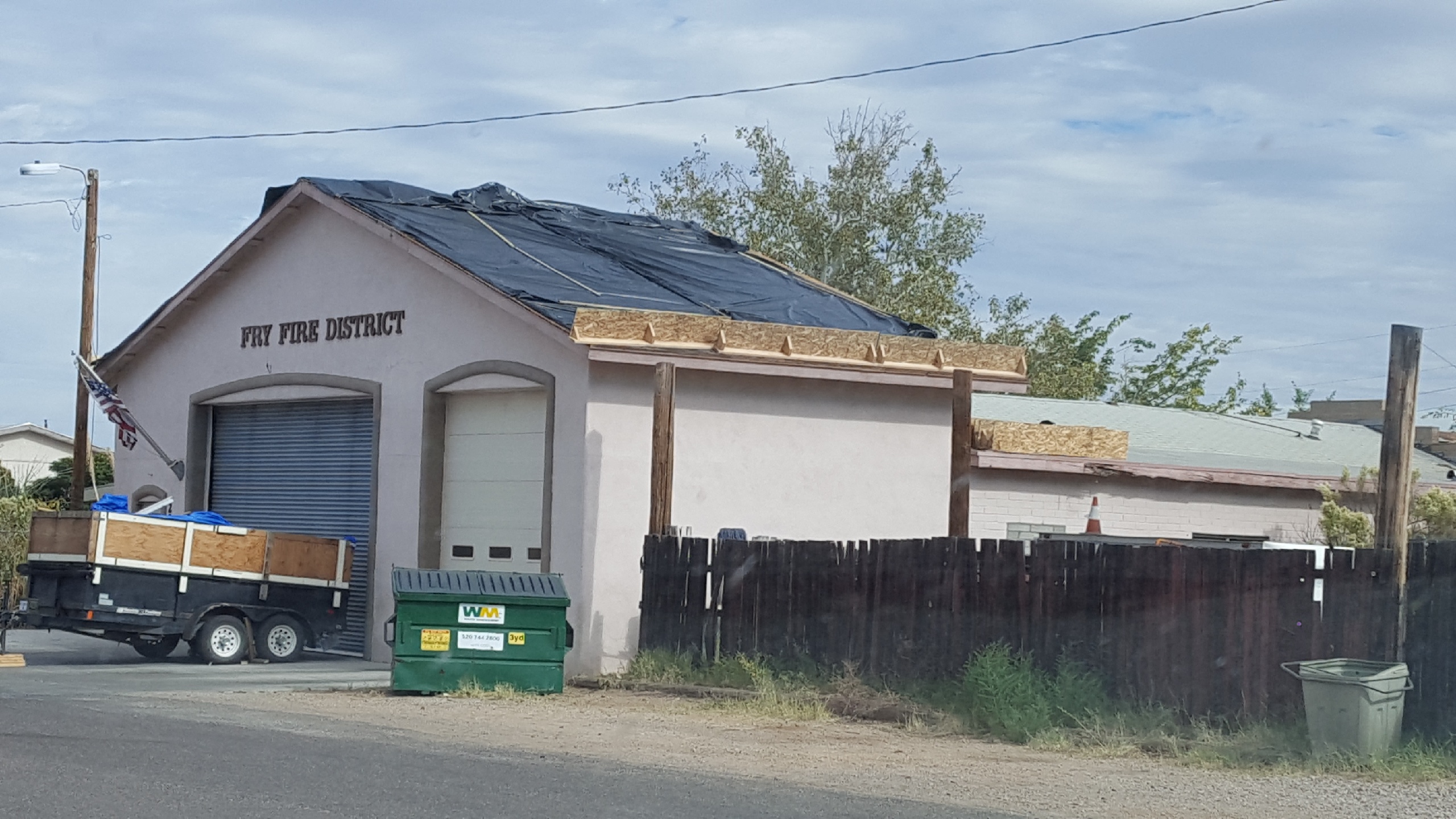 Replacing the roof on our original fire station on Second Street. 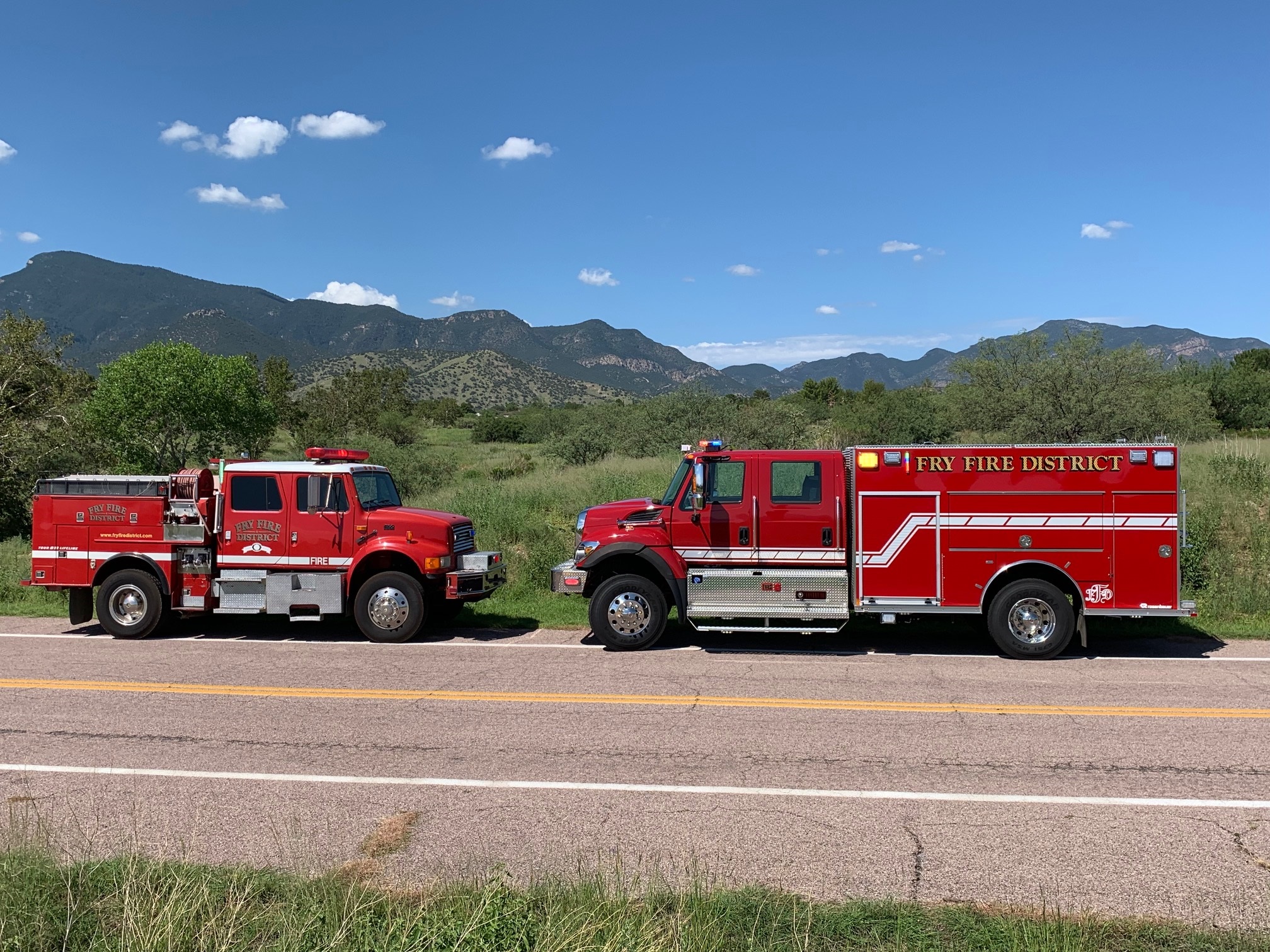 Why does the fire district need a bond measure?

Since 2010, our tax revenues plummeted significantly due to the economic recession. Net assessed property values dropped by more than 22% without an increase in the tax levy high enough to offset the revenue loss. This resulted in lower taxes being collected and the elimination of any capital investing, which would normally be used to pay for capital equipment. During this period our employees’ salaries were frozen but our operating costs continued to rise. Now that we’re coming out of the recession, our revenue is increasing, but because of the levy cap, we’re unable to raise the funding needed to replace the apparatus we need to do our jobs.

Who approves the sale of bonds?

The voters of the Fry Fire District overwhelmingly supported a bond sale on the November 6, 2018 ballot as part of the general election process. Unofficial results reflect that 72% of our voters voted for the bond sale.

Who is responsible for determining how bond funds are spent?

We plan to hold two bond sales, the first will probably take place in 2019 and the second will probably take place a few years later. Funds raised by bond sales must be spent within 36 months of the sale. We think that spreading the sales out over several years will allow us to manage multiple projects efficiently and effectively. All of these expenditures will take place under the oversight of our 5-member Board of Directors, who have been elected by our residents.

What will be money raised by the bonds be used for?

We need to replace aging ambulances, fire trucks, water tenders, and brush trucks. We also have two fire stations in dire need of renovating. Several of our apparatus are already beyond their expected life spans. A bond sale will allow us to purchase newer apparatus over the next several years, ensuring that we can continue to reliably respond to your emergency.

Why do the fire stations need renovating?

Our fire stations were built in the 70’s and 80’s. Although they’re serviceable, they include open bay sleeping (despite co-ed crews) and lack much of the standard equipment found in stations across the country such as multiple showers to allow firefighters to wash off the carcinogens they’ve been exposed to following a fire, vehicle exhaust systems to reduce additional exposure to carcinogens in the station, and back-up electrical generators to ensure continuity of service during local emergencies.

Will funds raised by the bonds be spent on firefighter salaries or pensions?

No! Although funds raised by municipal bonds can be used for these kind of expenses, ARS § 48-806 restricts funds raised by the sale of fire district bonds to the purpose for which they were sold. These funds cannot be spent on personnel or other operating costs and must be used to pay for capital projects such as improvements to facilities, fire trucks and ambulances.

How much will this cost me as a taxpayer?

Based on the average assessed home value of $146,700.00, most homeowners will pay approximately $5.44 per month or $65.23 per year in additional fire taxes. These estimates are based on a worst-case scenario with zero anticipated growth over the life of the bonds. Economists project our growth will be positive, which may result in average costs closer to $4.70 per month or $56.44 per year for most homeowners.

Yes, we do. We anticipate using some of the money we’ve saved to purchase other critical emergency equipment. Radios and computers typically have shorter life-spans, approximately 5-7 years, and we don’t want to fund them under a bond. Our current handheld radios can no longer be repaired and should have been replaced about 7 years ago. The longer we use them, the greater the frequency of their failure on scene, during emergency incidents.

How can I get more information?

We mailed a Voter Information Pamphlet to the household of every registered voter in the Fry Fire District. If you didn't receive one, please come by any of our fire stations to pick one up. While you’re there, take some time to talk with our Firefighters and look at our stations and equipment. You can also get more information on our web-page at: www.fryfiredistrict.com.

What's a "reversionary" interest? Doesn't the fire district own the land the fire stations are built on?

The fire district does own property the stations at 207 Second St. and 4817 S. Apache Ave. are built on. The station at 5019 S. Arabian Rd. is built on property subject to a Bureau of Land Management patent. That patent sets limits on what we can use the property for and specifically prohibits any "commercial use" of the property. That has prevented us from leasing antenna space on our communications tower there, a project that would improve emergency communications coverage, and provide us with additional non-tax revenue. We are currently working to have an appraisal of the property completed in order to purchase the reversionary interest held by the Bureau of Land Management, which would allow us to use the property as needed.

Can I purchase these bonds personally?

Yes! We anticipate bonds being sold with a face value of $5,000.00. We'll share more information on this in the coming months.